Fulfilling Orders Is A Piece Of Cake

HUFFINGTON POST – There is a hidden gem within Golden Gate Park in San Francisco. I’ve passed by on my way home multiple times without realizing what I’ve been missing. It’s the Japanese Tea Garden. It’s an oasis in the city of hustle. The Japanese Tea Garden features centuries-old bonsai-styled trees in a tranquil setting that calms your senses. That is unless you’re waiting in line with the flock of tourists who came straight from SFO.

Having worked in the restaurant industry throughout college, I have a soft spot for restauranteurs. It’s competitive and stressful with many moving parts. To top it off, margins are slim. The problem is that ordering systems hinder staff from what they should be focusing on — customer service. This friction is a significant cause of waitlists, shortages, and back orders. 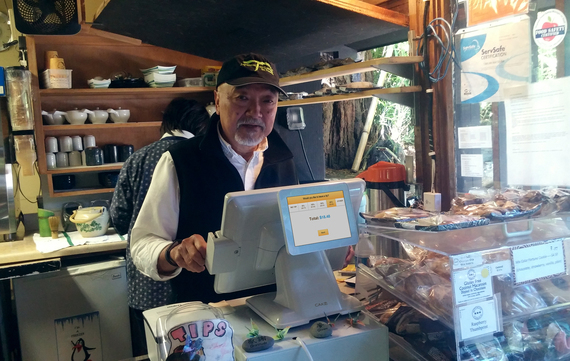 Tak explains that the Tea Garden’s legacy ordering systems had reached its limit and needed to be replaced. I was intrigued with the new simple and smarter system he implemented last year. Gone are the days of siloed ordering systems, let alone manual credit card machines with smelly carbon paper.

When I was waiting tables, payments were a separate function from ordering, which was separate from inventory and accounting. Most of which was paper based. Managing multiple systems was like juggling knives and helped spawn reality shows such as Kitchen Nightmares. The service industry has come a long way since. 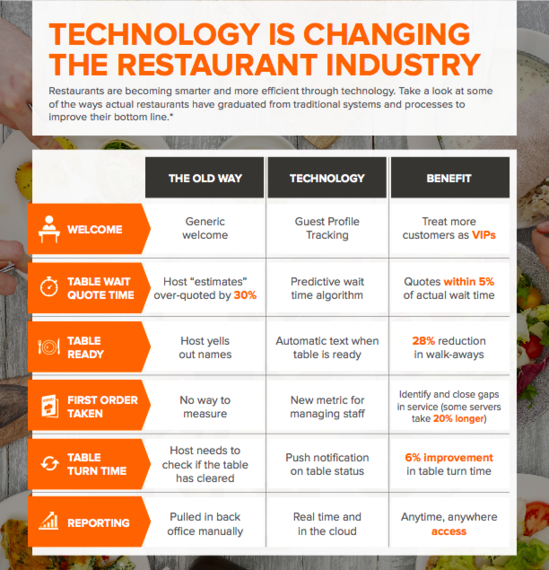 Technology has enabled restaurateurs to provide quicker, more personalized services by nurturing guests before, during, and after a visit.

Earlier this year, Restaurant Week was hosted in San Francisco.CAKE, a Point of Sale Technology company based in Silicon Valley, recently analyzed customer data to see what effect, if any, Restaurant Week has on participating restaurants. Here is what CAKE discovered:

While there are many new payment systems (e.g. PayPal, Square,Ninja, etc.) there are few options that offer comprehensive solutions that manage inventory, pricing, revenue, staff, and guest management.

Mani emphasizes that the focus was on building a product that allowed small businesses to interact with the customer. This customer-centered approach has sparked interest among new restaurants. In fact, 1 in 5 CAKE customers is a new restaurant.

But technology is only as good as its infrastructure; it’s great until it breaks. A restaurant must continue to run even if the connection is down. It makes going back to old school methods tempting, but Mani says that CAKE is able to handle offline payments and store transactions.

Back at the Japanese Tea Gardens, Tak tells me that since using CAKE, his team is able to process twice as many customers. But the benefits aren’t just for the company. The staff has also doubled in tips because the gratuity is part of the transaction.

So what is the future of Point of Sale systems? Mani hints at a time when customers can discover not just restaurants, but dishes they wouldn’t normally try. At the moment, CAKE is a leader in California and has launched nationally in October.